The true story behind the Tube Float and JAG Fund dates back to the late 1970’s and early 80’s. My older brothers, Joel and Johnathan had a tradition of “bridge jumping” into the Delaware River. Although this summertime tradition was exciting, they soon wisely transitioned to a safer and more sensible activity, TUBING.

What began with a few high school friends, bad 80’s hair, Genesee Cream Ale, and hot dogs soon lead to a summertime tradition. In 1982, the original Tubers shipped off to college. The campuses of St. Bonaventure, The University of Scranton, and Trenton State College were soon ringing with rumors of a Delaware River “Tube Float”. The Float was quickly becoming a regional event. The summer of 1983 officially marked the first ever “Tube Float”.

In the spring of 1988, my oldest brother, Joel was diagnosed with a brain tumor. The Tube Float was quickly approaching and there were some decisions to be made. Instead of canceling the event, it was decided that the 1988 Float would be used as a fundraiser to help pay for Joel’s rehabilitation. Sadly, Joel lost his battle and passed away in the fall of 1988. Although it was a heart breaking time, Joel’s death spawned the creation of the Joel Anthony Gingras, Jr. Memorial Foundation (The JAG Fund) in 1989. The goal of this organization was to raise money and increase public awareness for brain tumor research.

The 90’s were an exciting decade for the JAG Fund. Huge Floats, large corporate sponsors, the initiation of the Golf Classic and tremendous organization brought the JAG Fund to new heights. The organization generated over $200,000 for brain tumor research during this decade.

Some of the more historic years include 1993, 1995 and 1998. In 1993, the JAG Golf Classic started which would continue for more than 20 years as a major fundraising source for brain tumor research not to mention and incredible start to the JAG Fund weekend.   This event would sell out every year with more than 140 golfers.  In 1995, the “Pledge Program” began which required each tuber to raise money on individual pledge sheets. This put us on the map as a formidable fundraising organization and propelled us to put an even greater focus on raising money for brain tumor research. Finally, in 1998, we underwent a significant “changing of the guard”.  The “guard changed” with the transition of the tuber generation and board members.  Johnathan Gingras passed the torch to his brother Christian and his friends.  They would take over the lead of the Tube Float so Johnathan could focus most of his efforts on the JAG Golf Classic and better aligning the cause with the American Brain Tumor Association.

The hard work and milestones achieved in the 90's catapulted the JAG Fund to amazing heights in the new millennium. We've seen an influx of outside events with the JAG Fund as the sole benefactor.  We saw the creation of a spring time Black-tie gala in 2008 which ultimately led us to an organizational changing partnership with the University of Pennsylvania bran surgery center.   Finally, our fundraising success has been tremendous with more than $2 million dollars now donated to the American Brain Tumor Association.   Through all of this success, milestones and new events one thing has remained consistent and that is the tradition of the Tube Float.   It is the foundational event of the JAG Fund and while it looks a little different now than it did in the 1980's the tradition and connection to Joel's memory lives on. 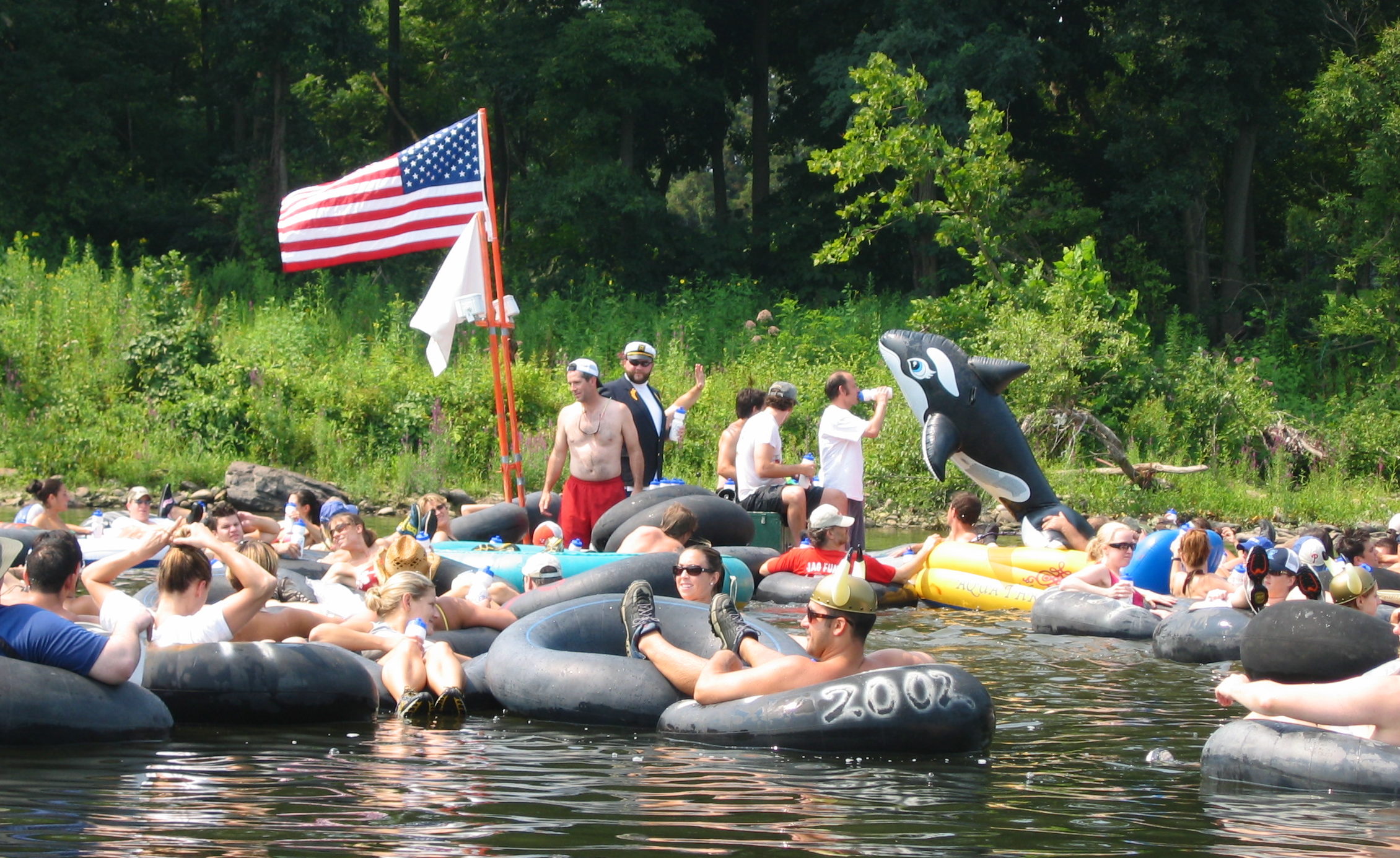 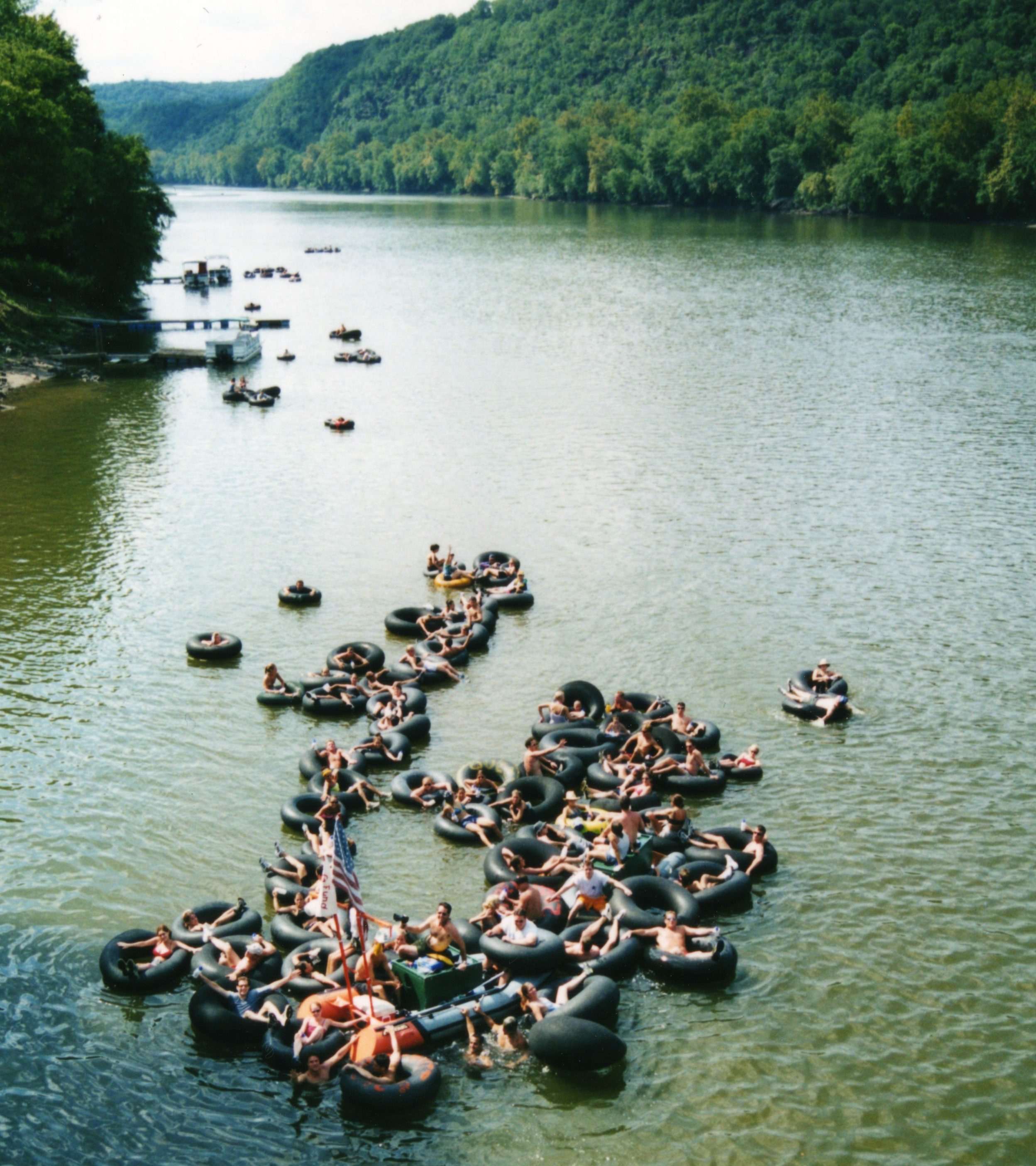